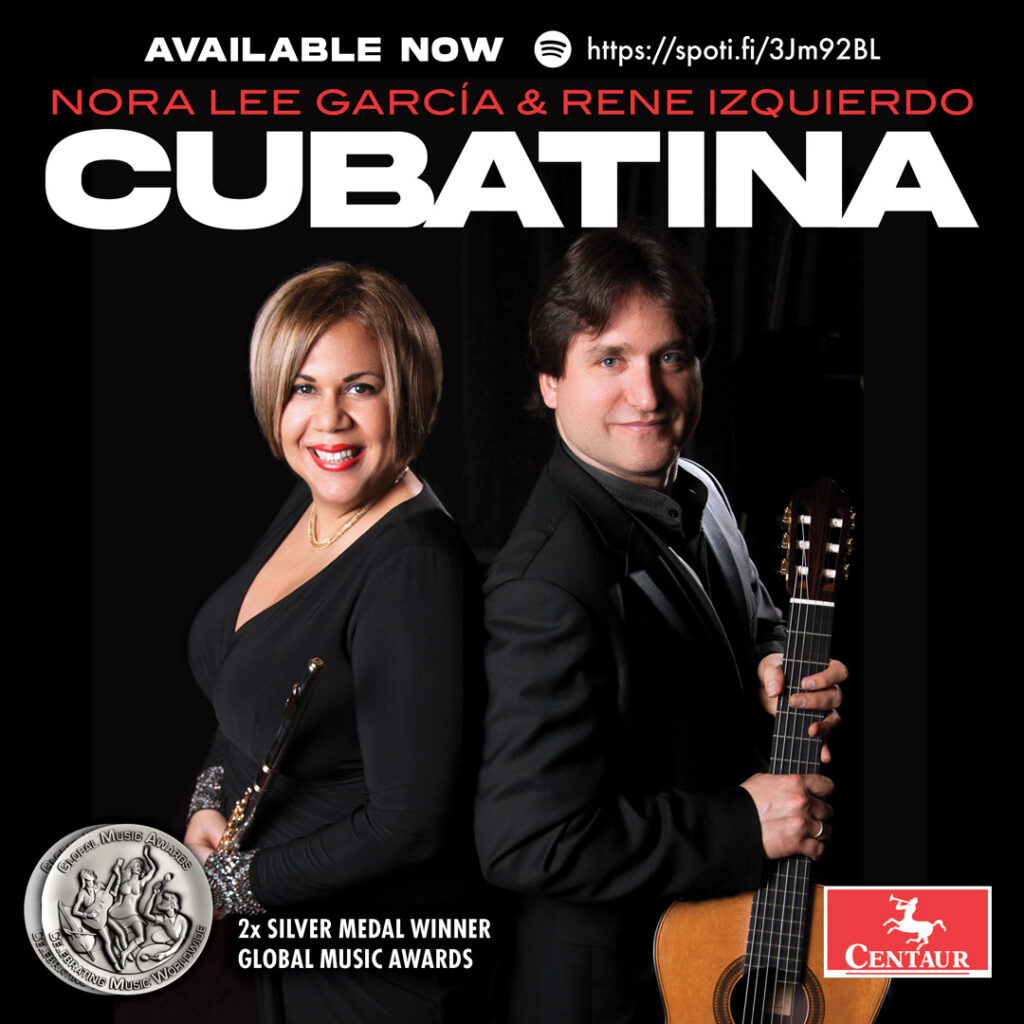 “Flutist Nora Lee García and guitarist Rene Izquierdo team up on a new recording, Cubatina. The album presents fresh interpretations of favorite works from Cuba and Argentina, as well as newly-commissioned pieces for flute and guitar by some of the most exciting composers of today. A Puerto Rico native, García is one of the most highly regarded flutists in the concert world. Izquierdo has appeared as a guest soloist and in chamber music concerts throughout the United States, Cuba, and Europe”.